Maïa Nadon-Chbib finished her bachelor's degree in Communication Studies at Concordia University in Montreal, during the year 2009. She started very young working on her father's movies and has not stopped since. In the last 5 years, she has been associate producer on many Oneira Pictures International films, including Drinking Games, Strawberries and Wine, The Wedding Murders, Silent Men, A Midsummer's Wake, The Making of ...Indie Television?, Life As It Is, Gabriel’s Trip, Murder in Rock Island and Life As It Was. Since opening her own film company in the winter of 2005, she has produced several projects that are currently in post-production; an 8-episode television series directed by Bashar Shbib and Jon Deitcher, Granite Forks, and a feature-length film by Adam Coleman Howard, Frauds in Love.

Bashar Shbib started making films in 1982 at Concordia University with the award winning docudramas OR’D’UR and BETSY. The filmmaker has over 50 feature films and 10 short subjects to his credit. His films have won more than fourteen awards at select film festivals and competitions to date. Shbib was born in Damascus in 1959 to a German mother and a Syrian father, and emigrated to Canada with his family at a very early age. Having spent his youth living and working with his family on a Charolais beef ranch in the Eastern Townships (Quebec), he intended to pursue a career in science. However, after graduating from Montreal’s McGill University with a degree in Microbiology and Immunology, his passion for film changed his plans and he subsequently attended Montreal’s Concordia University and earned his BFA degree in Film Production. In 2013 he moved from Hollywood to Stanstead, (QC) close to his childhood farm. There he opened a film training program and has pursued his doctoral dissertation as a candidate at McGill University in Communications. Shbib has a Masters degree in Communication at McGill University. His romantic comedies JULIA HAS TWO LOVERS and LANA IN LOVE, were premiered at the prestigious Berlin Film Festival and received critical acclaim at both the 1991 Montreal Film Festival and the New Orleans Film Festival and were then released worldwide. Another of his comedies, LOVE $ GREED, was in competition and one of the highlights at the 1991 Montreal Film Festival. Shbib also released a series of six feature films titled The SENSES, which were very well received by moviegoers and also by the press, and have been aired on Radio Canada and several television networks worldwide. Shbib has a penchant for his less commercial works EVIXION, Or D’Ur and CLAIR OBSCUR. He is presently completing three feature films ULMER BEFORE DETOUR a doc about Indie filmmaker Edgar Ulmer’s early life, GADABOUT a California love triangle slash road movie, and THE STATE OF MATTER an experimental murder thriller. He is now also preparing for the distribution of STRAWBERRIES AND WINE, LAST CHAPTER and THE WEDDING MURDERS. At a time when independent filmmakers are scrambling to raise funds for their films, Shbib’s prudent shooting schedules enable him to freely direct and produce the modestly budgeted movies that he enjoys making.

When asked what best describes his approach to film he states: ''I would simply like to be called an Amateur Filmmaker, in contrast with the term Indie filmmaker, which I find duplicitous in this day of complete control by the studios of all Theatrical exhibition, production and distribution. The message out there controlled by corporate America is now extremely non-progressive and against my social and political beliefs. The term Amateur Filmmaking is radical in its meaning and true to my experience.'' 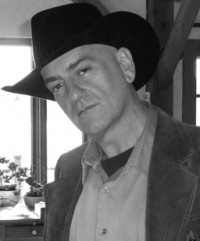